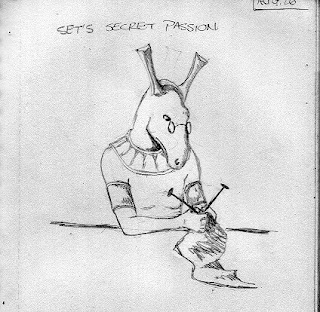 Hee - I should probably stay inside during the next few (twenty, thirty) storms... 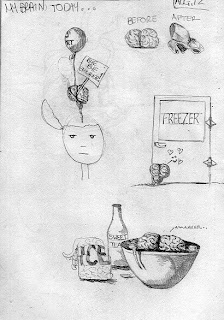 I remember that day. It was the umteenth day in a row of near 100 degree heat and bazillion percent humidity. I was sitting at the table after switching out sketchbooks because it seemed my new one was soaking up half the humidity out of the air and my pencil felt like it was dragging through the damp pulp. It was the middle of the afternoon and I thought, "That's it. I have officially Had Enough." 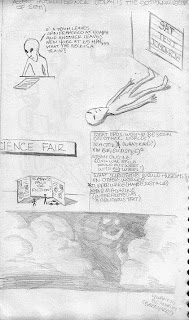 I was listening to Science Friday and they were celebrating the 50th anniversaray of SETI, the Search for ExtraTerrestrial Intelligence. It's silly but it made me laugh to think of a little grey getting anxious over the SATs and trying to figure out what a train was, let alone when it will meet another one.
The strange thing about the smiley sketch...about twenty minutes after I doodled it, I looked up and saw a nearly identical one in the clouds over head!
Posted by Azra at 6:43 AM

Labels: cartoons, How NOT to portray Egyptian gods, the craziness that is in Azra's head, things Set does on his days off